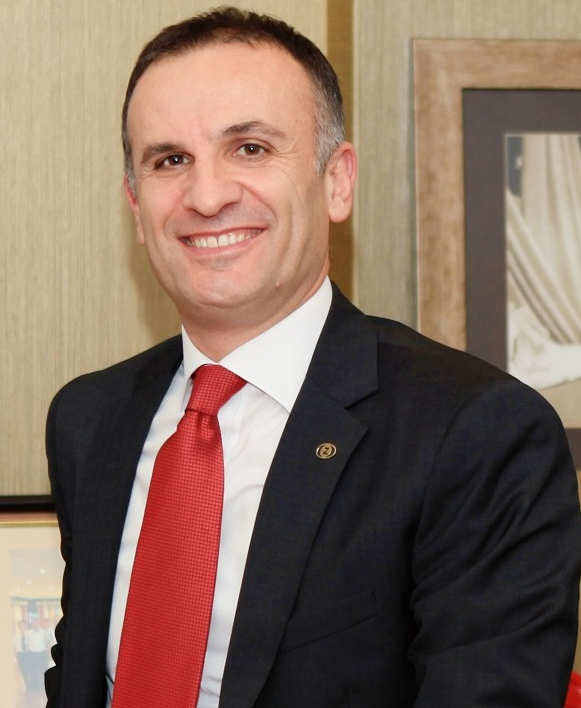 Necat ALTIN, General Manager of Korteks and Vice-President of Zorlu Holding Textile Group, has been unanimously elected by the CIRFS members to take on the role of President.

He succeeds Heinz MEIERKORD, CEO of Advansa, whose mandate has expired but who will remain a member of the Board as past-President.

“I am very pleased that Necat ALTIN has been unanimously elected to follow me as CIRFS President.

He has been actively involved in CIRFS work for many years, amongst others in its Board, more recently as its Vice-President. Necat ALTIN has a long experience and a very successful record in the man-made fibres industry, leading a dynamic, innovative and successful Turkish company. He has on many occasions highlighted the indispensable contribution of CIRFS to the industry’s development in Europe and how CIRFS can support the industry in meeting its current and future challenges in a global world.

“Heinz MEIERKORD has strongly supported the association in his period as President, showing how CIRFS can play a key role for the industry by adapting to a constantly changing and very competitive environment. I look forward to continue this mission over the next three years.

“The current situation of the man-made fibres industry, in Europe and also globally, is characterized by recovery although certain uncertainties remain. Our European industry has many strengths. Not only is it the most innovative and the most sustainable worldwide, but it also manufactures high quality and highly specialized products, which provide the base for a bright future. CIRFS will continue to actively work to help the industry build on its strengths.”

Necat Altin, born in 1966 in Bursa, achieved an academic degree in Textile Engineering at the University of Uludag in Bursa, Turkey.

He started his career as a Project Engineer at Korteks in July 1992. This was the beginning of a long and very successful career within his company.

In January 1995, he became Project Coordinator for the largest PES filament yarn plant of the European Union. And in May 1995, he was promoted Assistant Manager at Korteks.

More recently, he became General Manager of Korteks in February 2004.
He was appointed Vice President of Zorlu Holding Textile Group in February 2016.